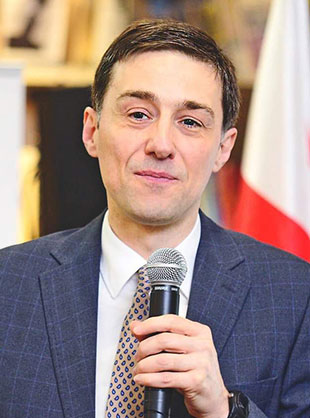 I spent most of my youth in Galicia (Spain). I was born in Santiago de Compostela and lived with my parents in Villagarcía de Arosa until 1994. Afterwards I moved to Pamplona where I studied Law at the University of Navarra. After specializing in Civil and Commercial Law, I went to Salamanca in 2002 in order to study Political Science. As an Erasmus student I moved to Cracow (Poland) in 2003. A year later, and thanks to the financial support of Fundación Cajamadrid, I started an MA in Central and Eastern European Studies at the Centre for European Studies at Jagiellonian University. My dissertation there focused on the development of the Polish party system since 1991. After graduating with honours (magna cum laude) in 2006, I was recruited by Prof. Peter Mair (R.I.P.) to do my PhD. at the European University Institute in Florence (Italy). Defended in June 2011, my doctoral thesis focused on the institutionalization of East Central European party systems. From September 2010 I worked as a Post-doctoral Fellow at the University of Leiden. There I had the opportunity to contribute to Prof. Ingrid van Biezen´s large-scale research project on “The Legal Regulation of Political Parties in Europe” (funded by the European Research Council). Three years later I moved to the University of Nottingham (UK), where I became a Nottingham Research Fellow. Since August 2018 I am associate professor at the School of Politics and International Relations. Co-founder, and co-chair between 2016 and 2018, of the Council for European Studies’ (CES) “Political Parties, Party Systems and Elections” Research Network, I also collaborate with International IDEA, the United Nations Development Program, the Venice Commission and the Council of Europe as an expert in party finance regulation. Currently, I am member of the OSCE/ODIHR “Core Group of Experts on Political Parties” as well as the Advisory Board of the Georgian Institute of Politics (GIP), and co-director of the Research Centre for the Study of Parties and Democracy (REPRESENT), the Konrad Adenauer Stiftung (KAS) as well as the ECPR/ODIHR (Winter and Summer) Schools on “Parties and Democracy”. Since early 2016 I am co-editor of the Routledge book series on “Political Parties and Party Systems” as well as a Senior Fellow at the APELLA Institute for Policy Dialogue and Analysis (Armenia). Awarded with the 2018 Vice-Chancellor Medal of the University of Nottingham, I was also co-director of the ECPR Summer School on “Political Parties” between 2016 and 2018.